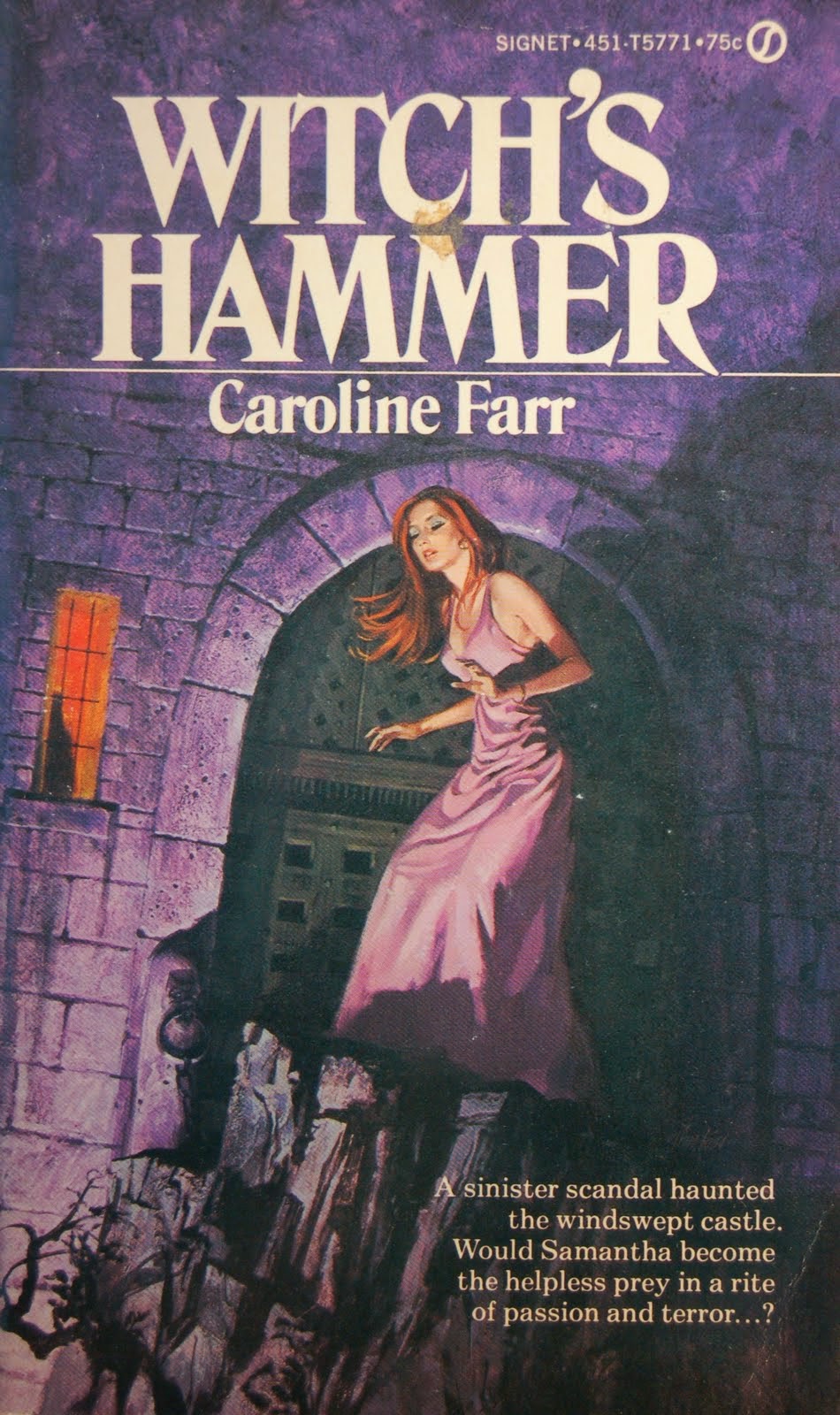 Twenty-one year old Samantha Crawford is a girl on a mission, she aspires to be the next best thing in publication. So when the supervisor at Secrets magazine offers her a chance at interviewing retired theater actor (and handsome heartthrob) Peter Castellano (and writing his biography), it's a chance she can't pass up. The only catch? She has to travel all the way to a tiny coastal town in Maine and live in-residence at the creepy, sprawling mansion named 'Witch's Hammer.'

Upon arrival, Samantha feels an eerie foreboding but quickly brushes it off as a case of nerves.  She is quick to note that Peter and his daughter Cheryl base most of their interactions upon theatrics, as if Witch's Hammer were their stage and they were merely playing parts in a play.  She also finds that interviewing Peter might be a difficult thing, given that Secrets only wants to focus on his lifetime of harrowing love affairs and his tendency to chase beautiful women to extravagant places when what she really wants to do is secretly investigate the compelling mystery behind the death of his second wife, whom it is rumored threw herself off the cliffs in a jealous fit of rage.

In addition to interviews, writing, and the  lavish old-custom celebrations, she also finds herself falling in love with Richard, the handsome photographer for Secrets, as he comes on assignment to photograph the sprawling grounds of the old gothic estate.Yet, as she extends her stay, Samantha can't help but notice the cultish ways of the household, the imbred maids and workmen who refuse to outstep their empirical, out-dated rules of the old Russia.  And she is especially uneasy of Sacha, the old monk who is also a hypnotist and self-proclaimed spiritual healer.  Sacha was also present at the death of Peter's second wife, though he was mysteriously omitted from the coroner's inquisition.

As Samantha foolishly allows herself to be drawn into business that really is none of her own, the stone walls behind Witch's Hammer seem to become more dangerous by day in it's vicious shadows and the ironic acting of Cheryl, who treats her father more like a boyfriend.  When a maid comes to Samantha by night, then mysteriously vanishes over the cliffs into the ocean the next day, and when an unseen menace begins to lurk behind the doors of the old house, whispering chants and giving mental orders, Samantha knows she is in dire danger.

Will she, too, become victim of the cliffs, or will she find a way to escape the hypnotizing eyes of Sacha and the unnamed evil that lurks behind the old Russian estate?

Really loved this book for the feel of its old fisherman's village with the superstitious town-folk and for the precise mood of the old gothic mansion.  This is a vintage gothic and sets a perfect balance of mystery, suspense, a creepy atmosphere, some deviant characters as well as a nice, clean romance blossoming in the background.