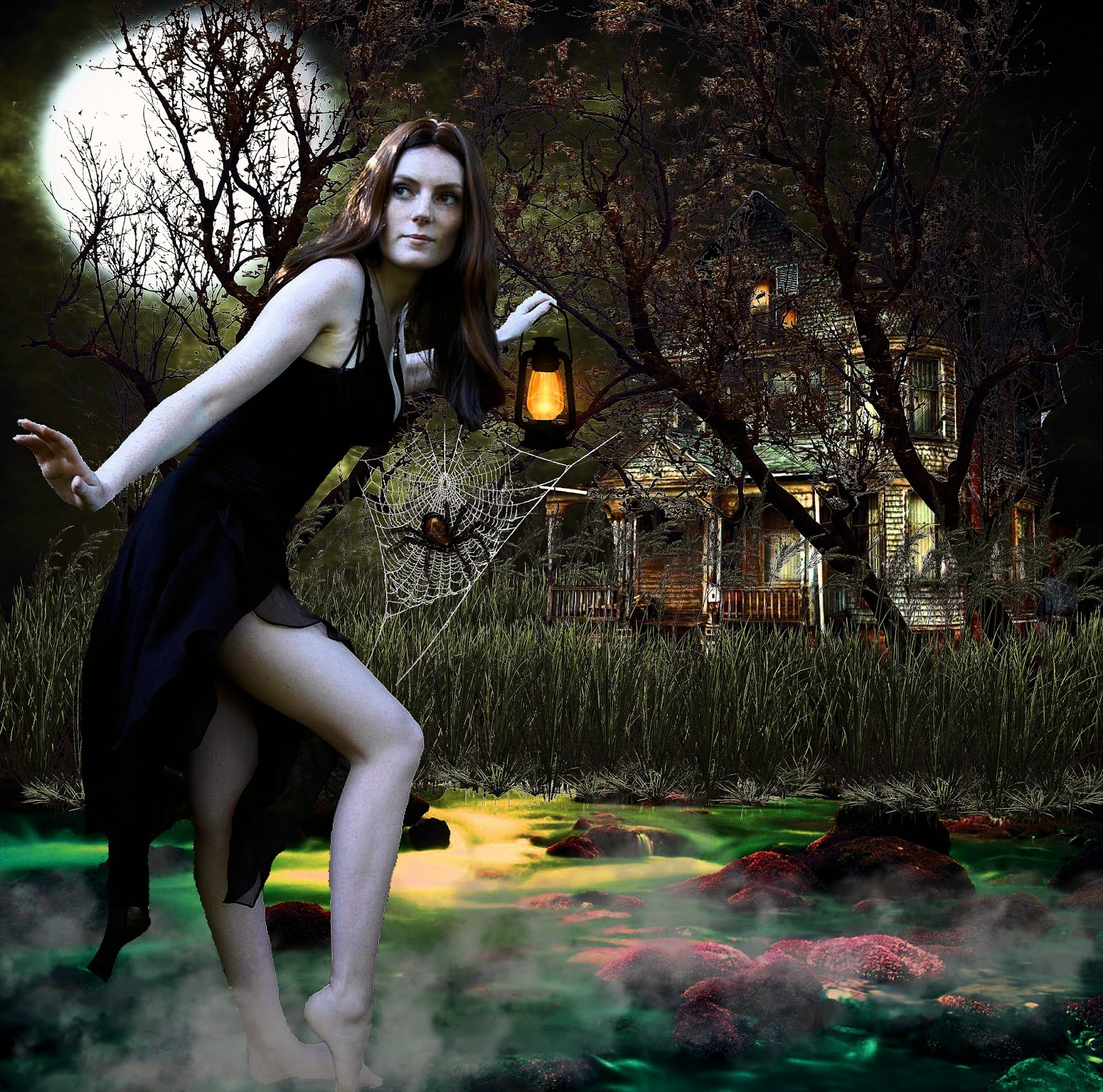 Libby was nowhere to be found when I entered the kitchen, though she’d left me a rather elaborate breakfast tray atop the buffet counter.  My stomach growled at the sight of thickly buttered French toast and poached eggs, complete with orange juice and coffee.  I thought to myself, as I dug in, that Libby’s fine cooking might very well be the demise of my petite figure!  I also wondered where the cheery housemaid had run off to.  Loud and chirpy as she was,  I could surely welcome her warmth and conversation this morning.

I found myself alone after breakfast.  I had a whole day to fill and seemingly nothing to do so I took to the sitting room as usual.  If all else failed, Aunt Helen had an endless supply of books.  So far, I hadn’t found any real alone time with Aunt Helen and there were many inquiries I’d like to make of Vanessa and where her mother thought she might be.  The absence of my cousin lay heavily upon my mind.  Yet, no one else seemed to be willing to even speak about it, much less make an effort to find out where she’d gone.

I thought back to the psychology classes I had and the stages of grief Professor Adams had outlined.   I reflected to myself that perhaps everyone might still be in denial.  How much easier it must be to believe that Vanessa was safely tucked away somewhere with her doting boyfriend, happily enjoying her first taste of independence, than in mortal danger.  I wanted to believe she was happy and safe, but something about her swift departure, particularly how she had sent me no notice and no following phone call, did not quite sit right.  Call it intuition or a sixth sense, but I feared for the livelihood of my childhood confidant.

I grabbed a fashion magazine and took a seat on the old, red velvet couch.  Everything in the farmhouse seemed to be a lost relic of my childhood.  I could vaguely remember my own mother sprawled across the couch, listening to a record and twirling her hair like a teenager as I occupied myself with a dollhouse.  And my father, who’d sit at the foot of the couch, tickling or rubbing her feet depending on his fancy.  I missed them both dearly but tried hard not to think about my childhood years.  There was too much pain within the pages of my past.

I absent-mindedly flipped through the magazine as I glanced out the small, curtained window behind the settee.  The sky was overcast with the threat of a fresh snow.  Puffy, white clouds leaned heavily towards bone-bare treetops.  It would have been a serene picture but for the bounding black shadow that kept weaving in and out of the trees near the edge of the where the wood began.  It took me a moment to realize that Shadow must be at play  again.

Remembering my scare from the previous night, and fearing that grandma or Aunt Helen might find themselves in my same predicament if Shadow wandered too far, I resolved to go call the dog in before early evening fell.  However, the way she threw her head back excitedly, whilst running too far into the trees to see and returning to the edge yet again, finally got the best of my curiosity.

“Here girl,” I called as I stepped through the icy, graveled driveway and made my way carefully towards the trees.

Shadow galloped towards me, barking feverishly, yet would not come close enough for me to touch.  As soon as I made an effort to grab for her, she’d dodge out of sight and run between the cover of trees.  I could hear her barks fade as she descended deeper into the woods.

I sighed heavily and followed the paw prints as they zig-zagged between the trees.  I didn’t want to venture too far for fear of a repeat of the previous night.  I’m sure I seemed silly.   Here I was again chasing the dog into the woods when just last night I’d gotten lost and nearly frozen to death.  And what was that Greg had said as he guided me home last night with the gentleness of a grandpa?  I’d been almost too shocked from cold and fright to listen to his gentle chiding.  I remembered only a warning that a frozen river lay somewhere deep into the woods, near the left.  Covered by a new snowfall, one might not notice the river at all and unknowingly plunge to their own hypothermic death.

I shivered, and momentarily feared that Vanessa might have come to the same tragic end.  Only, growing up here and spending most every waking moment of each summer and spring in these hills, I was secure in the knowledge that Vanessa would know exactly where that icy river lay.  And besides, she’d gone missing weeks earlier, before any real snow had fallen.

“Come on Shadow,  let’s go get a treat,”  I called into the quiet of the trees.  Out there, everything seemed so silent.  Even a cracking branch from a squirrel scampering snapped the silence like a shot in the night.

I was nervous, and kept glancing over my shoulder so as to keep the old farmhouse within sight.  I was determined not to get lost this time.  I shivered a little, realizing too late that I should have grabbed a jacket before coming out here.

Lost so deeply in thought, I did not notice the two vultures that suddenly swooped low, caw-cawing their angry voices dangerously close to my face, as if I were pervading their premises, before echoing their flight back toward the swaying treetops.  Their bird-calls sounded eerily familiar to fun house laughter, almost as if they intended to frighten me away.  I shook my head to clear my thoughts.  The birds were simply scavenging the woods for food, perhaps the carcass of some unlucky rodent that had come to a swift demise.

Now frazzled, heart in my throat,  my patience for the dog was growing short.  I was about to give up and leave Greg to deal with chasing her out of the woods when, with a bounding gallop, she nearly knocked me over.

“It’s about time, ole girl,” I said as I scratched her ears.  It was when I bent to get a secure hold on her collar that I saw the piece of fabric.

“What do we have here?”  I said and Shadow barked eagerly as I picked it up.

The fabric was long, rather soft, and smelled of decayed earth.  I scrutinized it for a few moments, turning it over and over in my hands, before discerning that it probably was just a scarf.  Bits of frozen dirt clung to it's delicate fibers.  I noted that it could not have been exposed to the elements for long as it seemed to be completely in-tact.  I told myself that it might mean nothing at all.  After all, Shadow found it in the woods.  I had no idea how long it had been there, or whom it belonged to.   Anyone could have lost it on a windy walk through these unrelenting hills.    But Shadow had been so excited about her find and something told me to keep it, just in case.

I folded it and placed it in the pocket of my sweater.  I would wash it later, after dinner when I could do it undisturbed.  Once it was dry I would take a better look at it.  Even if it ended up being nothing, it would give me something interesting to do after dinner when the house grew silent and the unquiet settling of it's ancient rafters wore against my already-frazzled nerves.