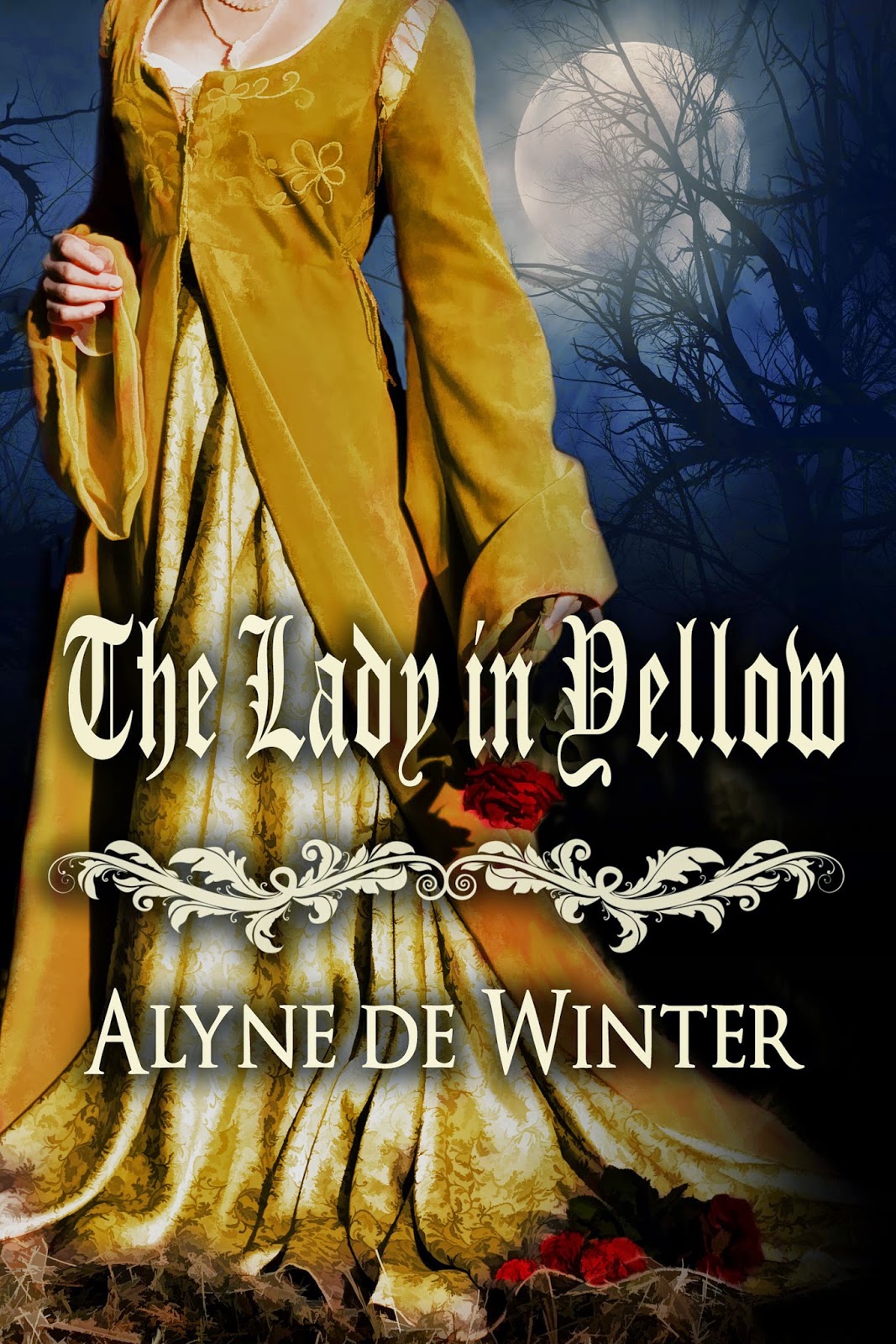 Outside, a high, thin wail rose up, making her shiver.  A wash of moonlight illuminated the filmy curtains that wafted in from the floor length windows.  Veronica put her hand on her chest to calm her heart.

A howl rose up.

Veronica wondered if she had the nerves for mysterious old houses in the untamed wilderness of the Yorkshire moors.  She stroked her face with her hands before covering her eyes.  Foxes didn't howl like that.

It was best to go to bed and forget.  Sleep had a way of sorting things out, arising with the sun.

Eyes riveted to the moonlight curtains, Veronica walked slowly to her bed.  She sat on the edge looking out through the balcony doors.  That music...it was beautiful, soothing as a lullaby, but also haunting as if to instill uneasy dreams.  She got under the covers and pulled the bed hangings tight.

Veronica had just fallen asleep when, just below, a high-pitched wail climbed the air, then faded.

Wide awake, she got up and went out to her balcony.  The moon cast long shadows over the grass.  Though the night sky had cleared, remnants of mist still clung to the roots of the birch trees, gathering in the wishing well among the lilies like a cloud.  She couldn't see the animal that had whined anywhere.  The only sounds, accompanied by the chirupping of frogs around the well, were that of the children singing...

Veronica Everly was orphaned when her parents died prematurely.  And although her aunt did take her in, she was a cold, domineering alcoholic who didn't offer Veronica much in the way of mothering.  When her aunt dies, Veronica is turned over as the ward of a Catholic orphanage.

Now, as she nears the legal age of nineteen, Veronica is left penniless and with no where (and no one) to turn to.  She's excited, and a little shocked, when she learns she's been offered a position with the job agency for which she's applied.

Soon, she is whisked off on a new journey, one for which she won't easily return.  For her life at the huge Belden House, a rambling Victorian mansion that borders the wilderness of Yorkshire, will leave little room for boredom and idleness.  She finds her job as governess to identical twins, Jacques and Jacqueline, challenging to say the least.  The twins seem to be from a different realm, they are given to fancy whims and are much more intelligent than the common child.

The grounds are beautiful, and her living quarters are more than she could have ever dreamed of.  Yet, there's an eerie sense of doom and macabre hiding within the walls of the atmospheric mansion.  First there is the horseman who terrifies her in the broad of day, warning her to leave immediately.  Then there's the creepy, resonating ringing of an unseen bell somewhere towards the horizon.  As if that were not enough, in the dead of night,  Veronica begins to hear the howling of wolves...enmeshed with that of the children's playful laughter.  Then the most frightening of all, the lady in yellow, with the bloody eyes, whom frightens Veronca beyond her wits.

Soon, Belden house becomes more of a nightmare than a refuge.  And what of the enigmatic attraction and affection she feels for the man of the house, Rafe de Grimston?  What secret does he hide behind his rough exterior?  And what is the horrifying mystery to the lady in yellow?

As Veronica struggles to find answers to these mysteries, will she survive the evil that lurks, menacingly, waiting, willing it's victims to succumb it's ancient curse?

Alyne de Winter is a pleasure to read.  The visuals and rich descriptions of the Victorian mansion are esoteric enough to touch.  In fact, fans of the book have hailed it a book that rivals The Others and Rose Red.  As I flipped the pages of this book (and it most definitely is a page-turner) I felt as if I'd been transported by a time machine, a mere spectator peeking a glance at this story from behind a dark corner.  I am enamored by the Victorian era, and if you enjoy historical novels at all, you are in for a treat!  The main character, Veronica Everly, is such an admirable and lovable spirit.  You will find yourself rooting for her happiness, dreading the dark right alongside her, and cheering her on in her victories.  Let us not forget the twins, for which I found highly entertaining (and endearing) of themselves.  This may not be your typical 'romance,' but it's one of the best contemporary gothic horror novels I have read in a very long time!  Miss Everly's story gives Jane Eyre a run for her money in this engaging novel of suspense.   I am excited to read more spine-tingling stories from Alyne, and am proud to call myself a fan of her work.

Alyne has been wonderful enough to provide us with an awesome interview, written in her epic format,  I simply asked of her some questions, and she enlightened me!  I hope you all enjoy reading this as much as I did:

Oooo---favorite authors! I adore short stories and some of my favorite all time stories are short. I can read them over and over again. I love Tanith Lee's short works, Angela Carter--both authors of rich imagery and hypnotic phrases. E.A. Poe, the British Gothic writers from the Brontes to Bram Stoker to Algernon Blackwood, Wilkie Collins and Dickins---especially Great Expectations. Daphne du Maurier's Rebecca is a huge influence. I'm loving Victoria Holt's Gothic Romances at the moment.
For a small niche, Gothic covers a lot of ground. I love Romance that involves intense moral struggle, and spiritual battles. Gothic Romance gives space for that, as well as elements of suspense, mystery and horror. You don't even need a happy ending---look at Wuthering Heights! I think atmosphere is the main quality that sets Gothic Romance apart, a pervading psychic dread, dark secrets, nostalgia for the glorious past and its ghosts.
The hardest thing about writing is my slowness and the pressure to get all these stories out of my system. I feel like if I die before they're all written, I'll have to come back to finish up. Some of these books are destined to be doorstoppers. (I suppose you can wedge your kindle under the door...) I'm almost good enough to write them.
My advice to aspiring writers is coming from one who had often wondered: Am I sane? Isn't spending all this time in your head and not having a life a form of madness? If I had known back in 2001, would I have embarked on this path? The option to publish independently has alleviated most of these concerns because I feel I can produce instead of spinning my wheels for the traditional deal. So I am sold on Indie Authoring and always suggest it to my writer friends. The other thing I would say is that is that you have to love it. This work requires enormous dedication and a thick skin. If you don't love it more than just about anything, it will be hard to keep going. And read a lot. 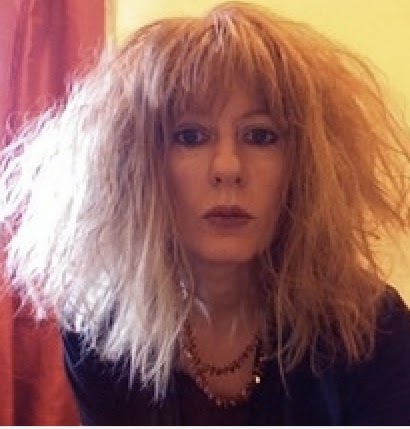 Pictured above is the lovely Alyne de Winter in the flesh!  She is  author of Gothic Mysteries and Occult Thrillers featuring tormented beauties, eerie settings, night religions, secret histories…

I have a special Alyne de Winters post pending very soon, so you'll want to make sure to stop by again for some great info, book blurbs, and info pertaining to her marvelous works.
Posted by Stacy