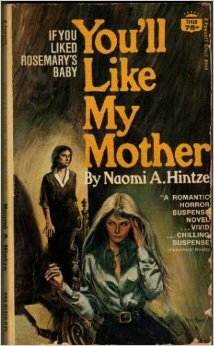 "Our Siamese mated with an alley cat. The kittens were no good...as is always true of any species when a thoroughbred mates with a mongrel."

Her eyes moved over me, came back to my face. And then, almost instantly, as if to deny any intended slur in her words, she gave me that big, brilliant Mother-of-the-Year smile, held it.


Back Cover Blurb Reviews:
If you want your eight hours' sleep, don't start You'll Like My Mother at night, because you'll stay up until you finish it...a completely engrossing tale.
--Charlotte, NC, Observer

This tense and poignant novel of a young widow caught in the diabolic web spun by a monstrous mother-in-law is a shuddering encounter with evil you will not easily forget, if you're a nail-chewer, they'll be bitten to the quick.
--Best Sellers

Book Summary:
Francesca hasn't had it easy.  After a sordid affair with a professor concluded in a suicide, her own family disowned her.  Though Francesca had never been very close to her step-mother and her half-siblings, it was a dire blow.

She was hiding away in a fisherman's shack on the beach, near-death from a blood-poisoning infection, when Matthew found her.  He whisked her into a world where, at least, she was loved.  She is pregnant when Matthew is killed in Vietnam, and with no family to speak of, she feels it's her duty to at least go meet his mother.

Matthew always promised 'you'll like my mother,' yet the woman refuses to answer any of Francesca's letters.  After much though, she boldly goes to see the woman, uninvited.

There is no warm home-coming...the woman is cold, domineering, and cruel.  In addition to this, Francesca is met with reception of Kathleen, the poor deformed sister of Matthew.

Just as she's had enough of the heart-breaking encounter with Matthews family...the town is flooded, she finds herself forted in the old castle...with a houseful of monsters and secrets, locked doors and lies...and a birth more terrifying than she could ever imagine!


This book held me in it's grip from beginning to end!  The author does an amazing job fleshing out the main character, as well as making every other character, and the terrifying atmosphere of the house, as vivid as if you were standing in it's eerie halls.  It comes as no surprise that this book earned Naomi Hintz the Edgar Allan Poe book nomination and was made into a well-received horror movie starring Patty Duke.  This is a must-read for fans of the vintage gothic romance! 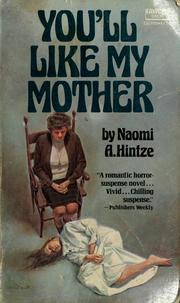 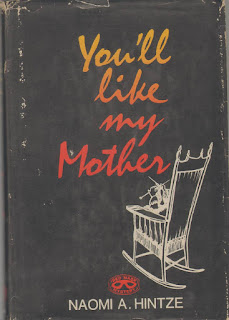 "Cries in the Mist" by Stacey Coverstone 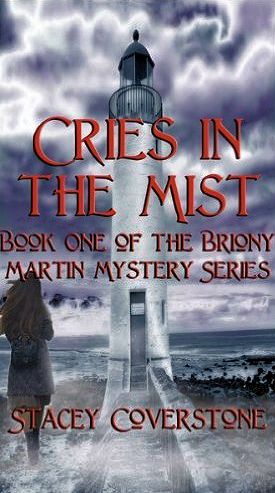 Before stopping to think, Briony ran down the seashell path to the lighthouse.  She rattled the padlock on the door.

"The light isn't automated.  Who turned it one?  And how did they get inside?"

With her heart galloping, she backed away from the base of the tower and gazed upward.  A woman's face stared at her from the lantern room.  From somewhere inside, a door slammed.

The same fragrance she'd smelled in the cottage last night materialized from out of nowhere and swirled around her.  Briony stumbled to the door again and shook the lock with all her strength.  She had to break the lock and find out who was inside the lighthouse!  Maybe it was Mira.

She ran around to the other side of the tower and searched for a big rock in which to bust the padlock with.  In her haste, her feet slipped out from underneath her.  As a scream burst from her mouth, she slid on the grass and down the sloping bluff.  Digging the heels of her shoes into the ground, her hands snatched at the loose earth.  When her body jolted to a stop, she gasped for breath.  Sea spray misted her face.  Waves pounded the rocks below.

Briony slowly scooted backwards on her elbows and rear end until she was in no further danger of falling over.  Her chest heaved.  If she had gone over, she would have died, and no one would have known...

Book One of the Briony Martin Mystery Series. The year is 1955... After discovering a desperate letter from her estranged father, Briony Martin faces one of her many fears and travels from Kansas to the isolated island of Cape Marble, Maine in search of answers. While approaching by water, she spies a lighthouse eerily shrouded in mist. A woman in a long dress appears on the observation deck and then vanishes just as quickly. Could she be the missing woman Briony's father spoke of in his letter? Or one of the many ghosts John Fletcher, Cape Marble's prodigal son returned, has casually mentioned on the ferry ride? Shortly after arriving, Briony learns her father has been murdered. She soon takes on the role of detective and realizes just how many residents had a reason to wish him dead. As the mystery thickens and she uncovers a shocking secret and his chilling connection to the spirits haunting the lighthouse, her paranormal experiences escalate-as does her attraction to John, a man with secrets of his own. Could her father's murder and the woman's disappearance be linked? Whose cries does Briony hear in the lighthouse? And whose face stares at her from the lantern room? Is the alluring John a friend or foe? One thing is for certain. If Briony doesn't watch her step, she may lose both her heart and her life.


Setting:   An eerie, isolated house/lighthouse on the secluded Cape Marble off the coast of Maine.

Plot:  After receiving a letter from the father who abandoned her family years earlier, Briony feels it is her duty to go to her father.  But when she arrives to the island...her father is missing as well as the woman whom her father lived with.  Soon Briony will discover that her father is dead.  Some on the island believe he was murdered because of his illegal abortion operation.  Others only urge Briony to leave the island forever.  One thing is for certain...something haunts the lighthouse, and someone wants her dead!

Romance:  a bit of romance seems to blossom between the main character and a local, who rescues her from peril.


I love this book.  Another reader described the book as a story of nonstop action, and I have to agree.  From beginning to end, there wasn't a boring moment.  No droning of unnecessary conversation, no boring elongated details.  This book was the perfect rainy day read.  With invigorating descriptions and an atmospheric mystery, the author really seems to immerse the reader into the dark and gloomy atmosphere the main character has walked into on the island of Cape Marble.  Very enjoyable contemporary read that unfolds much in the fashion of the vintage gothic romance!  I hope to read more books by this author!